It’s a fun weekend that starts with a well attended (50 + riders) pub crawl ride on Friday night with the Peddlers. Saturday afternoon after The House Of Wheels closes, there is a  20-mile round trip ride to Ovid for dinner. Sunday is the Bikefest show / swap meet, which culminates with another bike ride.

The first three photos are my newest bike (and a souvenir I picked up while riding). 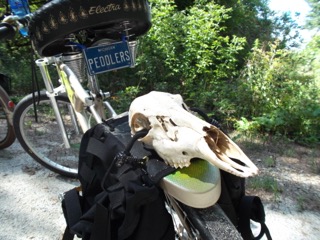 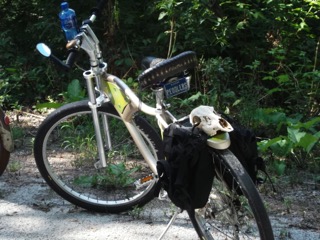 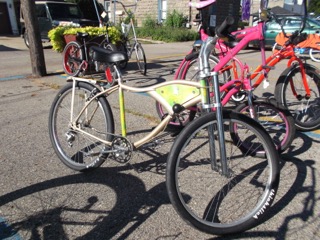 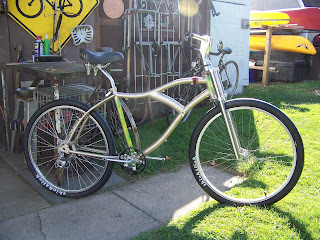 This is what Terry's latest project looked like a week before the Owosso Bike Fest. This was originally a "girls" bike.  Terry cut out the upper horizontal frame tube, flipped it over so it became more convex, rather than concave, and welded it into place as the top tube, thus making it into a "boys" bike.  Notice the forks. The stem riser was intended for motorcycles.  (Mike Eliasohn photo) 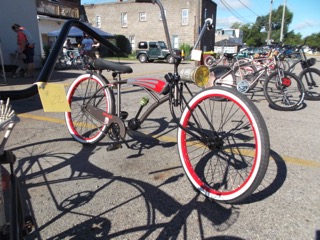 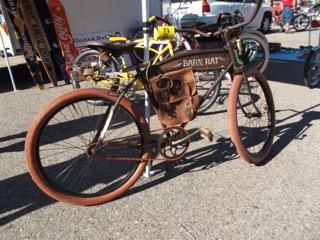 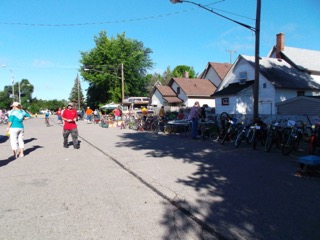 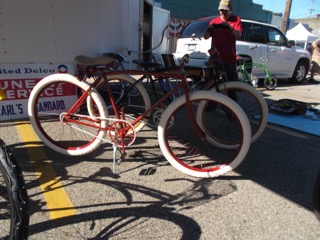 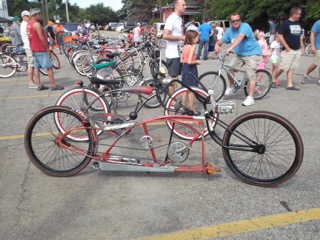 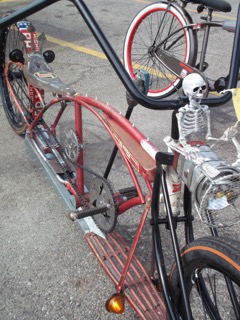 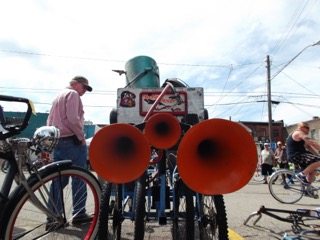 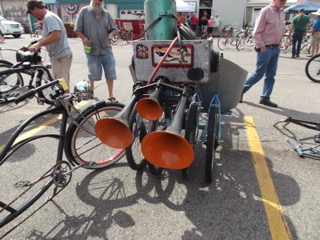 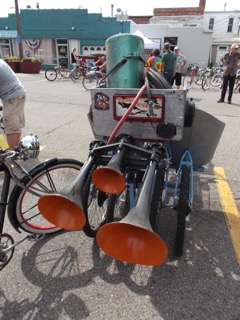 Next was, arguably, the most ridden bike of the weekend. It’s a commercial trike / unicycle with training wheels kinda thing that one of the guys dug out of a dumpster. Was a hoot to ride. 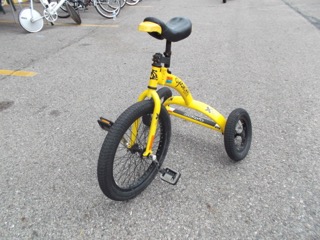 The last shot is the new bicycle museum in the Corunna historical village / park, a small but honorable start that features bicycle history from the area. 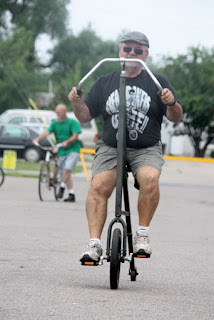