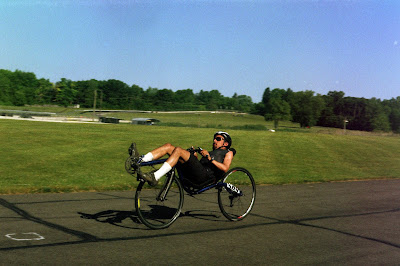 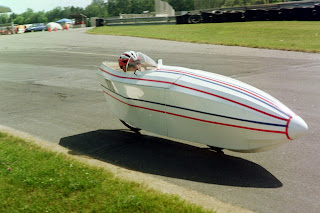 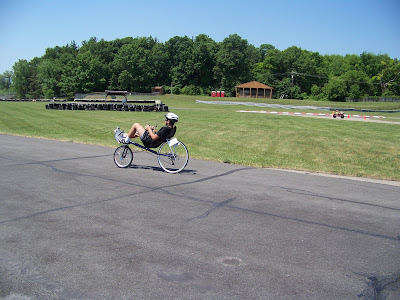 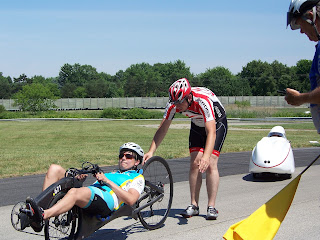 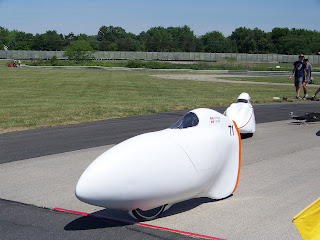 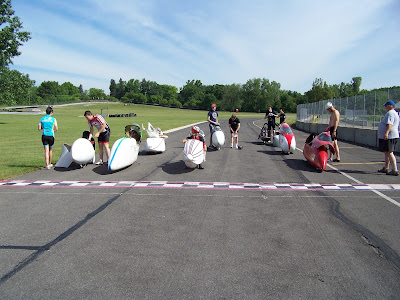 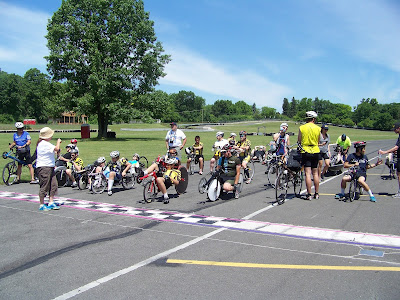 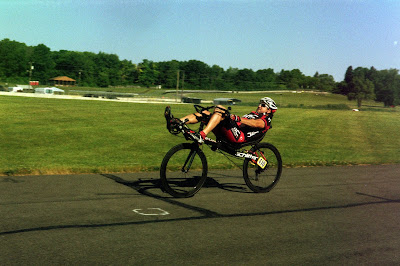 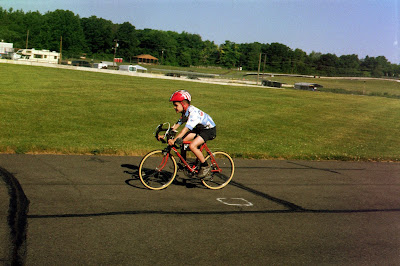 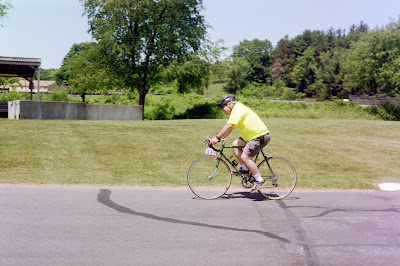 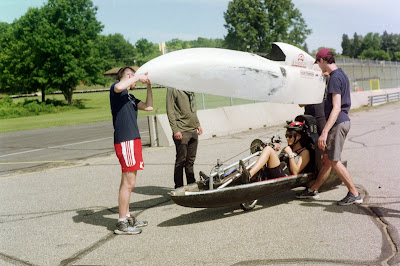 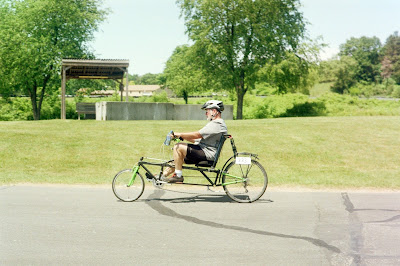 After several years of "only" helping at the Michigan HPV Rally, Terry Gerweck of Monroe, the event's co-founder, chose to compete on his homebuilt recumbent, as well as helping.
For added cargo carrying capacity, a trailer (also made by Terry) easily attaches.
Posted by Michigan Human Powered Vehicle Association at 12:10 AM